Guffin Hall is a small, fortified manor-farm, serving nearby Guffinham, a small, unremarkable, agricultural village. There are still scattered remains of the Old Imperial road to be found, suggesting it may have been built on the site of an older settlement in the area. In the hundreds of years since its establishment, claim to the land passed many times between Generican and Antagonese hands (and at least once, Northraiders). It was never valued for its prosperity, size, or prestige, only for its location near the one bridge over the Pale for many leagues—known locally as "the Old Bridge"—over which many small skirmishes have been fought. For the last handful of generations, the village managed under the lordship of the Starkweather family. Then, five years ago, after a series of family misfortunes that left the estate without a legitimate heir, it escheated to Markis Egowe. He promptly sold it to Baron Róberre Amorál of Betnóyr, in the Ducdom of Bordoor, in repayment of some debts, until the sale was determined to be illegal, and was returned to the last Starkweather heiress, Rayna. 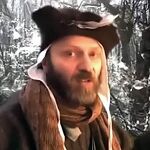